I've been lucky enough in my running career to receive support from some great shoe companies: from Nike, in college; to Brooks, when I ran for the Haddonfield Running Company during medical school and residency; and as part of the Inov-8 pro deal team in 2011.  And I'm thrilled now to announce a partnership with Salming, which entered the US market last year and is making great strides on the running, triathlon, and trail running scene.

Salming was started by hockey legend Borje Salming, the first Swedish player named to the NHL Hall of Fame and widely considered one of the greatest Swedish players of all time.  Like many industry giants, they make products for multiple sports: hockey, as you can imagine, but also floorball, handball, squash, and running.

The running shoes are borne out of Salming's holistic approach to evaluating running form, exemplified by their innovative RunLAB in Gothenburg, which incorporates real-time stride analysis, motion capture, and video to measure individual biomechanics and then derive coaching plans aimed at increasing performance and decreasing injury risk.  Salming's running shoes have garnered multiple awards overseas and debuted in the US late last year.  While the RunLAB has not yet reached US shores, the brand is committed to bringing the insights gained there to their shoe design.  Specifically, they focus on producing light, flexible shoes that allow for a "natural" foot strike and greater ground feel and proprioception.

Now, let's not get into a huge thing here.  Few things polarize a friendly running discussion more than the debate over "natural" running, heel-striking vs. forefoot striking, barefoot running, minimalism, maximalism, and Born to Run.  (BTW: They're making a Born to Run movie!  With Matthew McConaughey!  Tell me you're not gonna watch that.)  It's my blog, so I'll tell you what I think (and feel free to comment below) and then we'll move on: I think that the minimalist movement, although it got co-opted and taken too far, spurred some of the best advances in shoe technology and design in the past thirty years.  Whether or not you run in minimalist shoes, you've benefitted from the impact it had on the industry.  Without people talking about heel-toe drop and foot strike, you never see Hoka One One, Altra, Scott, or a host of great shoes from New Balance, asics, and the rest of the shoe giants. 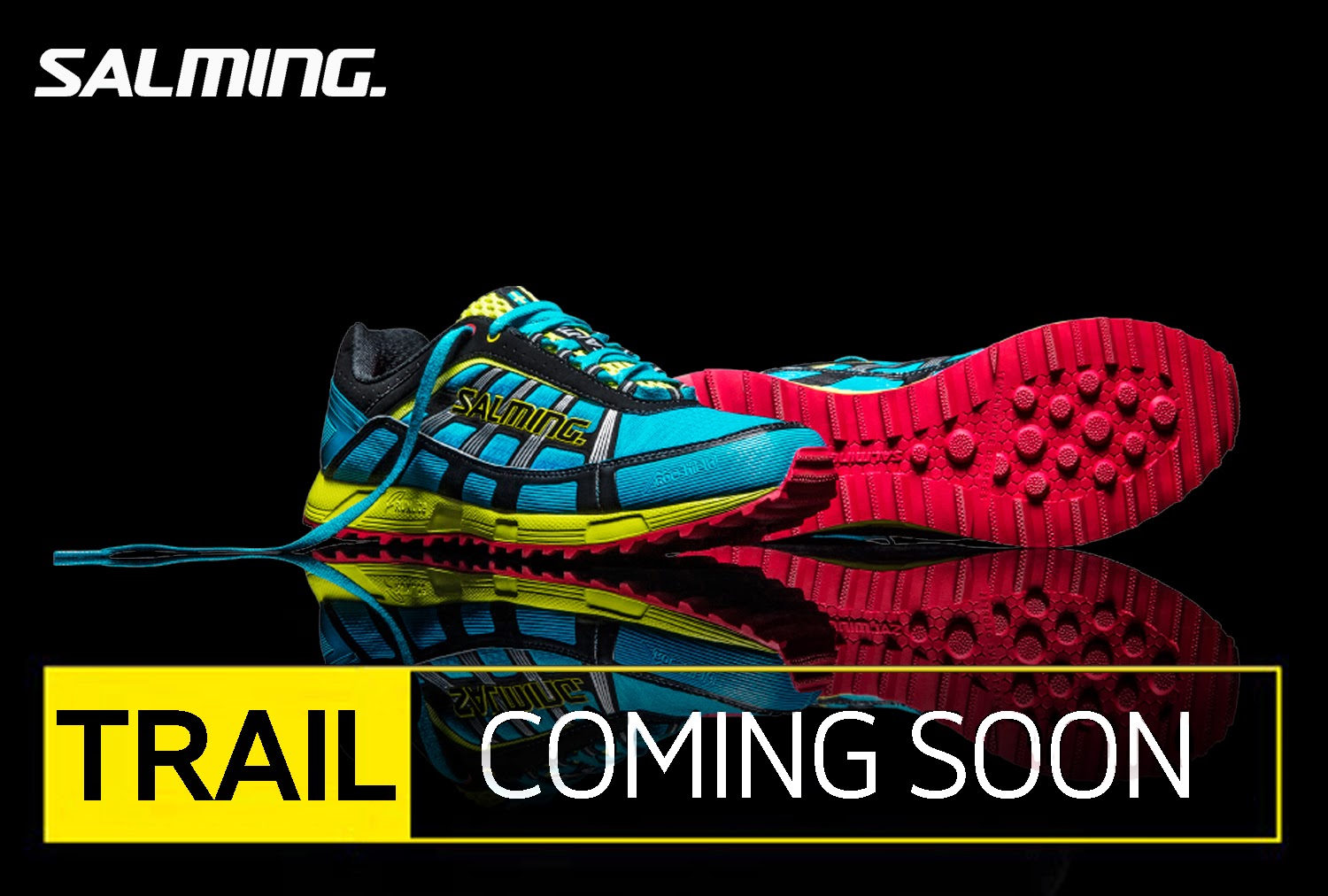 So where does Salming fall on the spectrum?  They are certainly committed to the "natural" movement in shoe design, but in actuality the shoes do a nice job of walking the line between traditional and new-wave.  They have no zero-drop models; all Salming shoes (at least to this point) have a 5mm heel-toe drop, which is significantly less than the standard 10-12mm seen in most traditional designs, but obviously a big difference over the zero-drop offerings that have proliferated in recent years.  (For reference, that's right in line with many of the Hoka models--the Stinson and the Bondi are both around 4mm; the Conquest and the RapaNui are in the 5-5.5mm range.)  This does help to promote a more midfoot/forefoot strike, but without some of the strain on the calves and Achilles people notice with zero-drop models.  They are all light; the heaviest shoe, the new Trail T1, checks in at just over ten ounces.  Stack heights are low, which does increase the ground feel and responsiveness, to some extent at the cost of cushioning, but not overwhelmingly so.  They are modern shoes with a classic feel.  Overall, they embody the brand's tagline, "No nonsense."  These are no-nonsense running shoes.

So far I've been putting in miles in the Distance A2, which I've been enjoying a lot.  I tend to like low, light, flexible shoes, and these certainly fit the bill.  Salming hasn't quite yet mastered the "anatomic toe box" they talk about; the last is still fairly traditional, and it is certainly not up to Altra standards in terms of really expanding the toe box, but hopefully they will get there in subsequent models.  The Trail T1 hits the US in about three weeks, so I'm very, very stoked to check those out.

I couldn't be prouder or more excited to be representing Salming in 2015 with a fantastic group of athletes (including local legends Bec and Laurel Wassner!), who are all much, much more accomplished than I.  I'll be sporting the gear starting at next month's Mount Mitchell Challenge and throughout the rest of the year.  Please check them out and hit me up with any questions you have about the shoes or the brand.  Gonna be a great year!

Posted by gunksrunner at 9:11 AM

Email ThisBlogThis!Share to TwitterShare to FacebookShare to Pinterest
Labels: Gear review, Salming, shoes, sponsor
Newer Post Older Post Home
"All I want to do is drink beer and train like an animal."
--Rod Dixon