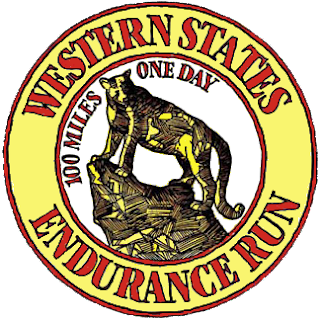 I'm recycling the title of this post from last year.  Let's get into it!

I've been way behind on the Gunksrunner Ultra Rankings this year, mostly due to finishing my exercise physiology coursework, but I finally got caught up in the past two weeks, and have a pre-States GUR Top 50 at the end of this post.  As such, though, I haven't been quite as immersed in results as in previous years, so my picks for this weekend's Big Dance are likely to be even less reliable than usual.  But you get what you pay for.  Which is nothing.  So here goes.

Ladies
Six of last year's top ten return, joined by a very deep field that includes ten of the current GUR top 50 (including six of the top 10), and twelve of the 2016 top 50 (including 10 of the top 20).  The depth of this group is frightening; while both the men's and women's fields have at least twenty solid contenders for those magical top-10 places, the talent and experience on the women's side might outflank the men, especially at the 100-mile distance.

1. Kaci Lickteig
Final 2016 GUR: 1
Current 2017 GUR: 5
2016 WS: 1
Western States does tend to look kindly on defending champions--think Krar, Olsen, Trason, and Jurek, to name just a few.  Whether the Pixie Ninja belongs among the all-time greats is still debatable, but the returning champ has three straight top-5 finishes here, and her buildup to this year's event looks awfully similar to last year.

2. Magdalena Boulet
Final 2016 GUR: 2
Current 2017 GUR: 3
2016 WS: DNF
The 2015 champ and UROY dropped early in last year's race, then gutted out a difficult fifth-place finish at Speedgoat later that summer.  She bounced back, however, with a strong second at North Face in December, and this year has looked very strong, placing second to Camille Herron at Tarawera and earning her ticket to WS with a T2 at Lake Sonoma.  She's got the speed, the experience, and the 100-mile chops to ascend the podium again.

3. Andrea Huser
Final 2016 GUR: NA
Current 2017 GUR: NA
2016 WS: NA
She's got wins or runner-up finishes at a dizzying array of Europe's most competitive trail ultras, including Diagonale des Fous, Lavaredo, Madeira Island, and UTMB.  We don't often see rookies or Euros atop the States podium--usually it takes a couple of tries to get it right--but she's not your average rookie.  Is she too much of a mountain specialist for this course, or does she have the wheels to hang with Magda, Kaci, and Camille when things start heating up on Cal Street?

5. Camille Herron
Final 2016 GUR: 24
Current 2017 GUR: 2
2016 WS: NA
I gave a lot of serious consideration to picking Camille for the overall win.  Already this year she's beaten Magda at Tarawera, and may have already locked up Performance of the Year with her dominant win at Comrades two weeks ago.  (An honor she won in 2015, her first year in ultrarunning.)  However, she hasn't yet proven to be quite as dominant on the trails as she is on the roads, and this will be her 100-mile debut; besting a field of this caliber under those circumstances may be too much to ask, especially if there's any residuals fatigue from Comrades.  If anyone can pull at Walmsley on the women's side, though, it's definitely her.

7. Jacqueline Merritt
Final 2016 GUR: 69
Current 2017 GUR: 6
2016 WS: NA
Another East Coast stud, she already has four wins this year and a second-place finish at the Georgia Death Race to lock up her Golden Ticket.

8. Amy Sproston
Final 2016 GUR: 6
Current 2017 GUR: 109
2016 WS: 2
I picked Amy seventh last year and commented, "I feel like I actually might be selling her short here."  She went out and crushed a second place finish.  Naturally I've dropped her to eighth this year, so I fully expect her to win and make me look like an idiot.

9. Stephanie Howe Violett
Final 2016 GUR: 133
Current 2017 GUR: 16
2016 WS: NA
The 2014 WS champ missed most of 2016 due to injury but rebounded for ninth at North Face and then bested a solid field, including Camille Herron, to win at Bandera in January.  Definitely selling her short here.

10. Clare Gallagher
Final 2016 GUR: 13
Current 2017 GUR: 65
2016 WS: NA
Talk about selling short...she won Leadville last year in her 100-mile debut, but has flat speed honed during a stellar collegiate career, backed up with a fifth place finish at TNF in December.  I could easily see her in the top 3.

Lads
Eight of last year's top ten return, though unfortunately not defending champ Andrew Miller, recovering from injury.  Eight of the current GUR top 50 are in the field (including three of the top 5), and thirteen of last year's top 50, including eight of the top 20.  Add in several top-flight Europeans and you've got a very solid field of contenders...but absolutely nobody is picking an upset.

1. Jim Walmsley
Final 2016 GUR: 1
Current 2017 GUR: 3
2016 WS: 19
Allow me to become the 457th commentator to observe that the only person who can beat Jim right now is Jim.  His stunning 100 mile debut was one of the most electric performances of the year, notwithstanding the wrong turn at 91 miles that cost him the win and likely the course record.  Did you know that other than that wrong turn, Jim hasn't lost a race in over two years?  I could see him maybe blowing up if he is serious about chasing his stated goal--a sub-14:00 finish, which would better the course record by nearly an hour--but it's not likely.  And short of that, or injury, I don't see anyone in this field who can beat him.

3. Alex Nichols
Final 2016 GUR: 12
Current 2017 GUR: 46
2016 WS: NA
Alex has a long history of stellar performances at huge ultras and other mountain races, including multiple wins at Pikes Peak, and has represented the US in the World Mountain Running Championships.  He made his long-awaited 100-mile debut last year with a win at Run Rabbit Run, and backed that up with top-five finishes at Speedgoat and North Face.  The WS course sets up well for people with Alex's particular skill set--climbers who have flat speed to burn.

6. Jonas Budd
Final 2016 GUR: NA
Current 2017 GUR: NA
2016 WS: NA
I always have trouble picking the Euros (though I did hit Lorblanchet exactly last year, and wasn't too far off on Giblin) so who the hell knows.  But Jonas has the speedster pedigree of the Euros who usually perform well at States, and he was second to Walmsley at Tarawera earlier this season, though not really without shouting distance.

9. Brian Rusiecki
Final 2016 GUR: 2
Current 2017 GUR: 5
2016 WS: NA
The perennial UROY contender and 2015 GUR #1 makes his long-awaited WS debut.  Brian usually excels on more technical tracks, and so the WS trail might not quite be in his wheelhouse.  But he's incredibly smart and tough, and he comes in off one of the best stretches of his career, including his recent runner-up finish at Cayuga Trails.