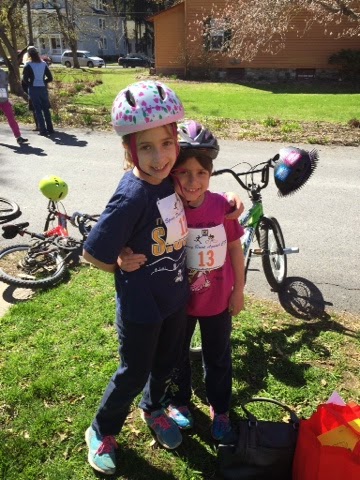 The Spring Dual Against CF is the unofficial opener of the local multisport season, and this year both Lexi and Dylan decided they were going to take part in the kids' race. (The fact that I offered them pizza, ice cream, and chocolate-chip pancakes may have had something to do with it.)  The kids' race is a 0.5-mile run, a 2-mile bike, and a 0.3-mile run.  It's open from ages 7-17, and I was very proud of them for competing against a field of kids who were generally much older.  They both tried incredibly hard and really made themselves suffer, which is both awesome and horrible to watch as a parent.  But again, very proud.  Both managed to medal in the 7-10 year-old age group, so despite the suffering, the story had a happy ending.  Take it away, girls!

This is the story of the duathlon:

This was my first big race. It was my second big race, but still big. It was so awesome! They handed out timers to put on our ankles. I liked the beginning, but at the end I was out of breath. I liked the biking better than the running. So did I. At the end, my legs felt like rubber and I was breathing funny. I am pretty sure that I was literally the youngest person there, so I thought that I was going to be nowhere near 1st, 2nd, or 3rd place. But to my surprise, I got 2nd place! I never would have guessed that I came in 3rd place! That race was awesome! I was pretty relieved when the race was over. Me too. :) ****:) :)*****:) :)*****:) 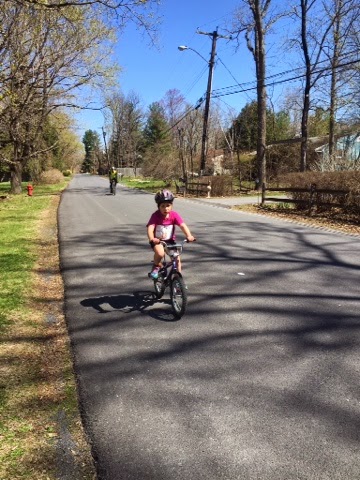 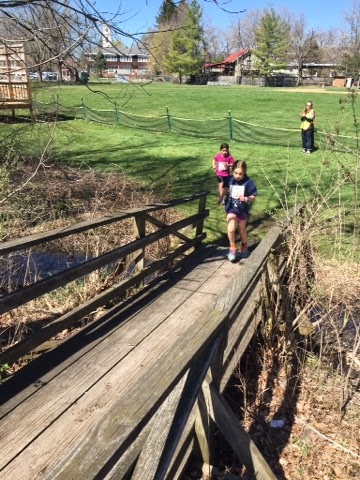 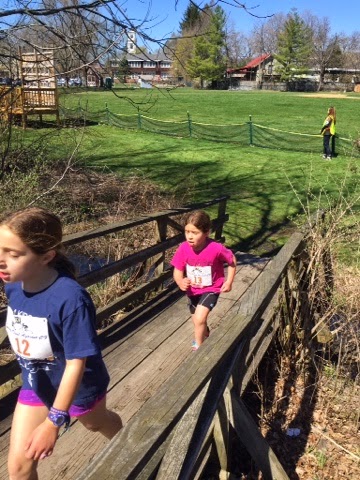 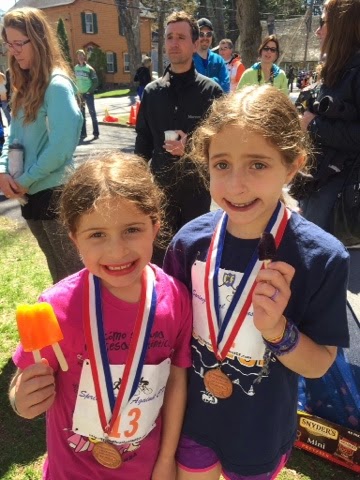 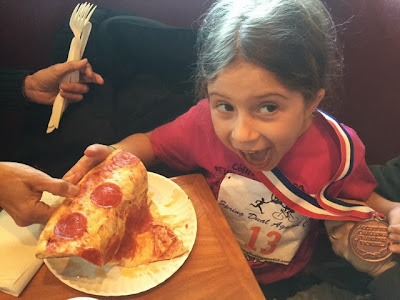 Posted by gunksrunner at 3:40 PM