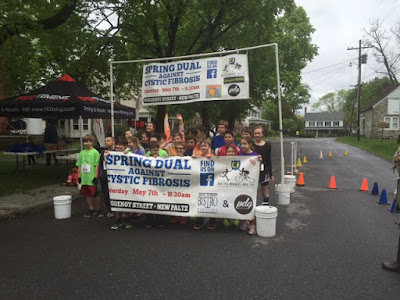 The girls had their second go at the Spring Dual Against CF a couple of weeks ago.  They learned their lesson after going out a bit too hard last year, and both of them tried to pace themselves.  Dylan was easily the youngest one there, which made it difficult for her to keep up, but she did take home the win as the only finisher in the 7-10 age group (though Lexi is 10, USAT rules dictate she race as an 11-year-old, as she turns 11 in November).

This was my second time doing the duathlon, and at the beginning, I was really exited, but also a little nervous. - I was really nervous, but also a little excited. - At the beginning, I was falling behind everyone, but I kept a steady pace. - Me too, but I was having a little trouble keeping a steady pace, because I wanted to be a little more ahead. - I felt pretty good during the biking, and I passed a few people. - Same. - During the last run, I started feeling exhausted, but I didn't sprint until the end. - Me too, but I was feeling a little more exhausted, and I couldn't sprint at the end. - After the race, I was feeling pretty good! - After the race I was very, very, very tired. Dad said that I was hyperventilating. 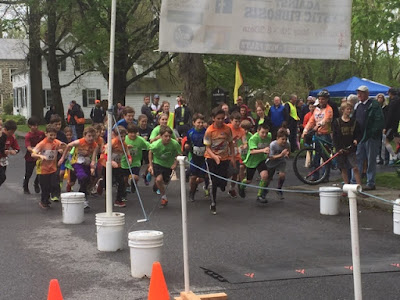 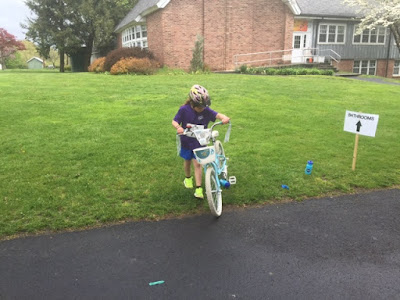 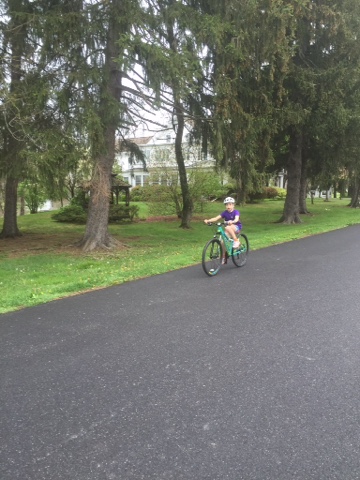 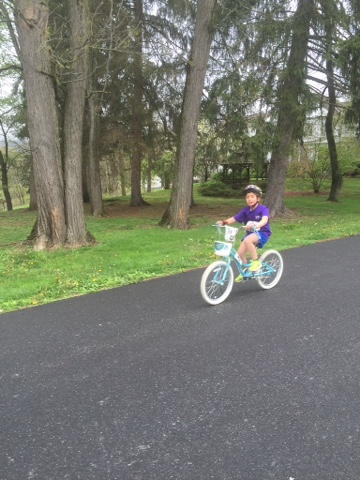 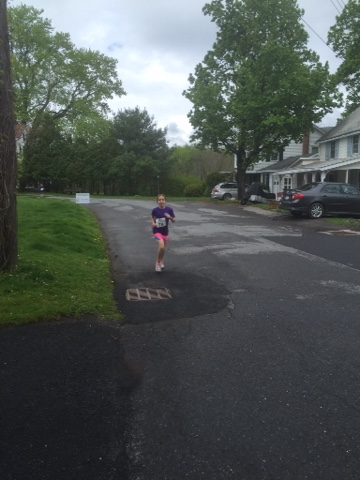 Posted by gunksrunner at 5:56 PM