After surviving Thanksgiving with the North Carolina branch of the family (we're really not sure how everyone voted), I can finally turn my attention to Christmas.  I know, I can hear you from here: But aren't you Jewish? Of course I am!  Where did you think that nose came from?  I'm not talking about December 25.  I'm talking about the the first Saturday in December, the most hotly anticipated day on the ultrarunning calendar (after the last weekend in June).  The two biggest lotteries in the sport both take place while the top runners in the world are battling it out at the season's unofficial finale, the North Face championships in the Marin Headlands outside San Francisco.

There's no real point in delving into the lotteries right now.  You can read about the lottery procedures for States and Hardrock.  The latter is a race that I'd love to pace one day--maybe this year if Brian or Phil gets in--but really have no interest in running myself.  States, though...I won't be able to retire until I get into that one.  Based on the odds, it's going to be a couple of years. 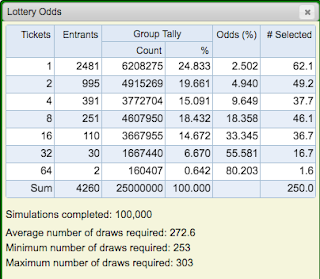 So let's ignore those depressing statistics and focus on the amazing battle that will take place on Saturday, as the deepest fields of the year on both the men's and women's side get ready to throw down, chasing the $10,000 winner's purse and a shot at UROY consideration (though I think Jim and Kaci might have those in the bag already).  iRunfar has their men's and women's previews up, and will be providing live coverage as usual on Saturday.  Here are one fan's picks: 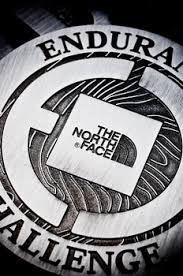 Ladies
The last two women's winners, Magdalena Boulet and Megan Kimmel, return for the rubber match in 2016.  Nine of the current GUR top 50 are in the field, second in depth only to WS100 this year.

1. Megan Kimmel
Current GUR rank: 58
2015 TNF finish: 1
The defending champ and skyrunning specialist has displayed fine form all year long.  I hesitate to pick against Magda, but Megan's results this year, combined with what was honestly a dominant performance last year, make her a slight favorite in my mind.

2. Magdalena Boulet
Current GUR rank: 10
2015 TNF finish: DNF
This season has not quite lived up to the dominating standard she set in 2014-2015, and even with a win here, she won't be able to unseat Kaci Lickteig to retain her GUR #1 ranking from last season.  But she still has the strongest credentials in the field at any distance, and her most recent big race (fifth at UTMB) was her best of the year.

3. Ruth Croft
Current GUR rank: NA
2015 TNF finish: 4
The Taiwanese-based athlete doesn't qualify for the GUR (I guess I'll have to change that for 2017) and flies a bit below the radar being somewhat hidden in the Far East.  But she backed up an impressive win at CCC with a fourth-place finish in 2015, and this year was third at Transvulcania.

4. Cassie Scallon
Current GUR rank: 17
2015 TNF finish: DNF
A 50-mile specialist of sorts and a former Sonoma champ, she's had a bit of an up-and-down year, but her dominant CR performance at Bandera, a top-20 at Comrades, and a relatively light race schedule this fall (she's raced only one ultra since mid-August) have me thinking she'll be rested and ready to contend for the podium.

5. Ida Nilsson
Current GUR rank: NA
2015 TNF finish: NA
The Swedish dynamo has won both the Rut 50K and Transvulcania this year; she should be in the hunt for the podium in this very deep field.

6. Lindsay Tollefson
Current GUR rank: 113
2015 TNF finish: NA
The only woman in the field with the flat speed credentials to rival Magda, has relatively little experience at the distance, but certainly has the chops.

8. Laura Kline
Current GUR rank: 42
2015 TNF finish: NA
I speak from personal experience when I say that she is an absolute beast and is going to be very, very tough.

9. Sarah Keys
Current GUR rank: 20
2015 TNF finish: NA
Another Skyrunning specialist, she certainly has the strength to handle the 11,000 feet of climbing on this course.

Dudes
Eleven of the current GUR top 50, including (as with the women) the last two winners--Sage Canaday and Zach Miller--will line up on Saturday.  This will mark the first-ever meeting between Miller and Jim Walmsley, the odds-on favorite to be named the 2016 UROY.

1. Jim Walmsley
Current GUR rank: 1
2015 TNF finish: NA
How could you pick against him?  His only loss this year came when he ran off course at WS100 while on CR pace, with a one-hour lead, with less than 10 miles to go.  He has SEVEN course records this year, including a massive takedown of Max King's JFK CR two weeks ago.

2. Zach Miller
Current GUR rank: 32
2015 TNF finish: 1
The prospect of Zach and Jim--both speedsters with a penchant for running off the front--going head to head has most ultra fans salivating.  I wouldn't pick anyone over last year's champ/CR holder--except Walmsley.  Plus, Zach hasn't raced since UTMB in August, though I can't imagine he'd be here if he wasn't recovered and ready.

3. Sage Canaday
Current GUR rank: 34
2015 TNF finish: NA
The 2014 TNF champ, Sage has only three ultras to his credit this season, including a win at Black Canyon and a third at Transvulcania, before blowing up a bit following Jim's insane pace at WS en route to an 11th-place finish.  He's had some excellent results in short tuneups on the trails this fall.  It'll be interesting to see how he deals with what will likely be a very aggressive pace early on.

4. Hayden Hawks
Current GUR rank: 46
2015 TNF finish: NA
The surprise winner at Speedgoat this year, he was also fourth at the World Mountain Running Championships, and like Walmsley (and several others in the field) has blazing track speed.

5. Alex Nichols
Current GUR rank: 13
2015 TNF finish: DNF
He's not the most consistent runner in the field, but when he's right, he's very dangerous.  And this year, he's been awfully right, including a runner-up finish at Speedgoat and a win at Run Rabbit Run.

Posted by gunksrunner at 7:02 PM