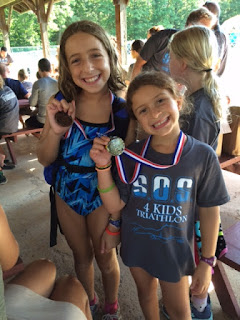 Sorry for the delay--this race took place over three months ago--but the munchkins take over the blog again to bring you their latest report:

This was the second triathlon I've done.  This was my first triathlon.  I ran / swam / biked a greater distance than she did. I swam eight laps, ran one mile, and biked four miles, and then ran another quarter of a mile.  I swam four laps, then ran half a mile, biked two miles, and then ran another quarter of a mile.  When I was at the first running part, a lot of stuff hurt, but only a little. However, when I got to the biking part, my legs started hurting a lot.  In the biking part of the race, I was kind of annoyed because I didn't have gears and I'm pretty sure that everyone else did.  During the bike, I felt like I had missed the turn around, because all of the uphills and downhills made the whole race seem a lot longer. I won a silver medal in my age group.  I was feeling great at the end of the race. I won a third place medal in my age group. 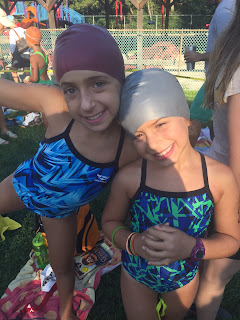 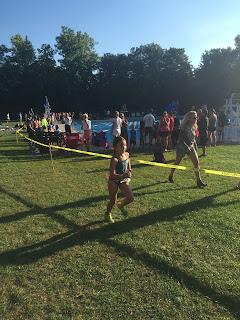 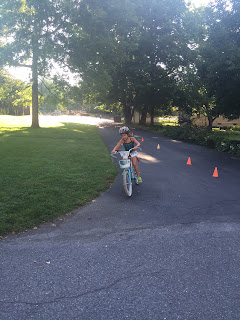 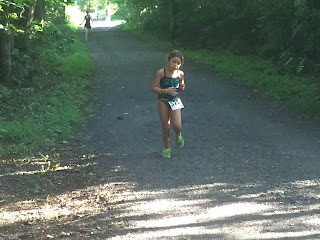 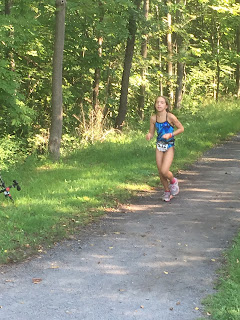 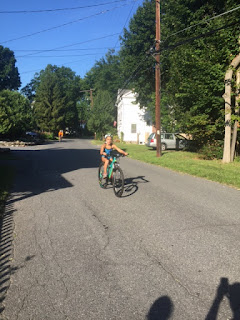 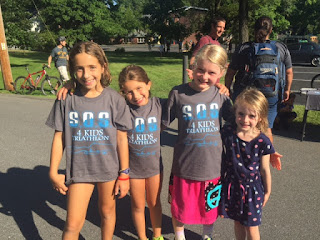 Posted by gunksrunner at 7:06 PM