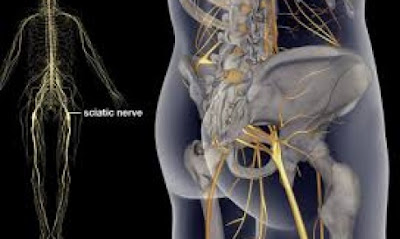 I'm currently in the Best Western Inn & Suites in Huntsville (home of Sam Houston, the patron saint of Texas), about 16 hours ahead of the start of Rocky Raccoon, my first official attempt at the 100-mile distance (notwithstanding last year's 24-hour effort at North Coast).  Right now I've literally got my feet up, propped on a pile of pillows, and I'm watching a Law & Order marathon, so I'm about as happy as I could possibly be.  In about an hour we'll head out for a little shakeout jog before dinner.  I feel pretty good.  The last few months of training have gone great.  I'm a man without an alibi.

I've talked before about how much I hate tapering, and this time around hasn't been all that different.  But I've added a new element to the pre-race routine that seems very promising that may give me a bit of an edge come tomorrow afternoon.  Prior to my last effort at Recover from the Holidays, I visited Greg at Momentum PT for a routine called nerve gliding.  Basically, the brain and the nervous system are in control of pretty much everything that happens to you during a long race...and if we can fool the nervous system into thinking we don't feel quite as bad as we think we do, we can actually run faster and longer than our brain would otherwise allow.  I'll let Greg explain it better:


Common issues and complaints related to physical/athletic performance are fatigue, cramps, decreased muscle activation/strength, diminished coordination and good ol' fashioned bonking just to name a few.  This is especially the case when talking about events that significantly test one's endurance or during long periods of exertion.  There is a complex interplay between many systems in the body to cause these issues but it is impossible not to implicate the nervous system with each one since it is still the CEO making final decisions based on the information it receives.

Most, if not all, runners have experienced these issues at some point during training or a race.  One of the main factors is when the nervous system has had enough,  the rest of the body will follow suit pretty quickly making it very difficult to reverse course.  Even if everything else like nutrition, training and rest went according to plan, nothing can defy the limits of your nervous system.  So those muscle cramps at mile 22 in a marathon are probably not a salt or nutrition issue anymore; it's more likely to be exertion-related fatigue of the neuromuscular system resulting in those muscle cramps.  The good news is that the nervous system is not static, but is actually quite adaptable and something that can be trained leading to an elevation in performance.  Who doesn't want that?

Before going any further, a quick (simplified) physiology lesson is in order.  The nervous system runs on a baseline level of sensitivity but this is something that can change.  It can become more sensitized which means it is more easily triggered causing it to fatigue and run out of fuel faster or less sensitized which means it is less trigger happy and runs more efficiently (read: less fatigue).  In essence, a less sensitized nervous system is able to provide a more accurate picture of any sensory information coming in to the brain since it's not being triggered over every little and insignificant type of stimuli.  An accurate picture going into the brain results in a better, more consistent output to your neuromuscular system.  You can probably see where this is going: good info in + good info out = improved performance.

The question, then, is how to accomplish this?  The short answer is through what are known as nerve mobilizations or nerve glides.  In the case of runners, the posterior nerve bundle of the leg, the sciatic nerve, is important to target because it innervates the hamstring and calf muscles which tend to be susceptible to cramps.  You can think of them as very specific and repetitive short duration stretches which  can be done in a variety of ways.  Just like many systems in the body, when exposed to some kind of stress, the nervous system will adapt and become "stronger" and more efficient.  Nerve mobilizations are a way to expose the nervous system to new stimuli and gently push its boundaries so that it becomes more comfortable with more stress.  This can be combined with other desensitization and calming/relaxation techniques to compound the effects of nerve mobilizations.  The end result is a robust and fatigue-resistant operating system that allows you to push yourself physically with fewer issues.  A nice bonus is that recovery tends to be quicker after your race or training session as well.

Get it?  Just like the musculoskeletal system and the cardiovascular system, the nervous system is adaptable.  Placing it under some gentle stress shortly before the race teaches it that the stress it will experience a day or two later is manageable.  Our perception of the stress, and of fatigue, changes.

The routine takes about thirty minutes and is pretty painless.  Greg does some static stretching of the hamstrings, placing some strain on the sciatic nerve; it's mildly uncomfortable but not bad at all.  Then he places some gentle traction on the legs and moves them back and forth (abducting and adducting them, if you're anatomically inclined) while kind of shaking them around.  It's actually pretty relaxing.

Does it work?  I only have the one anecdotal experience to report from last month...which was awesome.  I ran a very relaxed 3:39 solo 50K, feeling much less leg strain and fatigue than I usually would for an effort like that.  And the next day, when I would normally be pretty sore from a long, hard road effort, I was able to cruise an easy sixteen miles, definitely fatigued but without any significant soreness or discomfort.  Maybe it's a placebo.  But if it's even a 1% advantage, that's at least ten minutes in 100 miles.  Tomorrow, I'll need every ten-minute advantage I can get.
Posted by gunksrunner at 12:45 PM